Regardless the difficult situation in 2014, it was quite productive in the context of construction.

The survey revealed that 45% of the total offices available have been rent by IT outsourcing companies. The second largest sector renting offices is the one providing consulting services. Telecommunications and production areas occupy third and fourth places respectively. 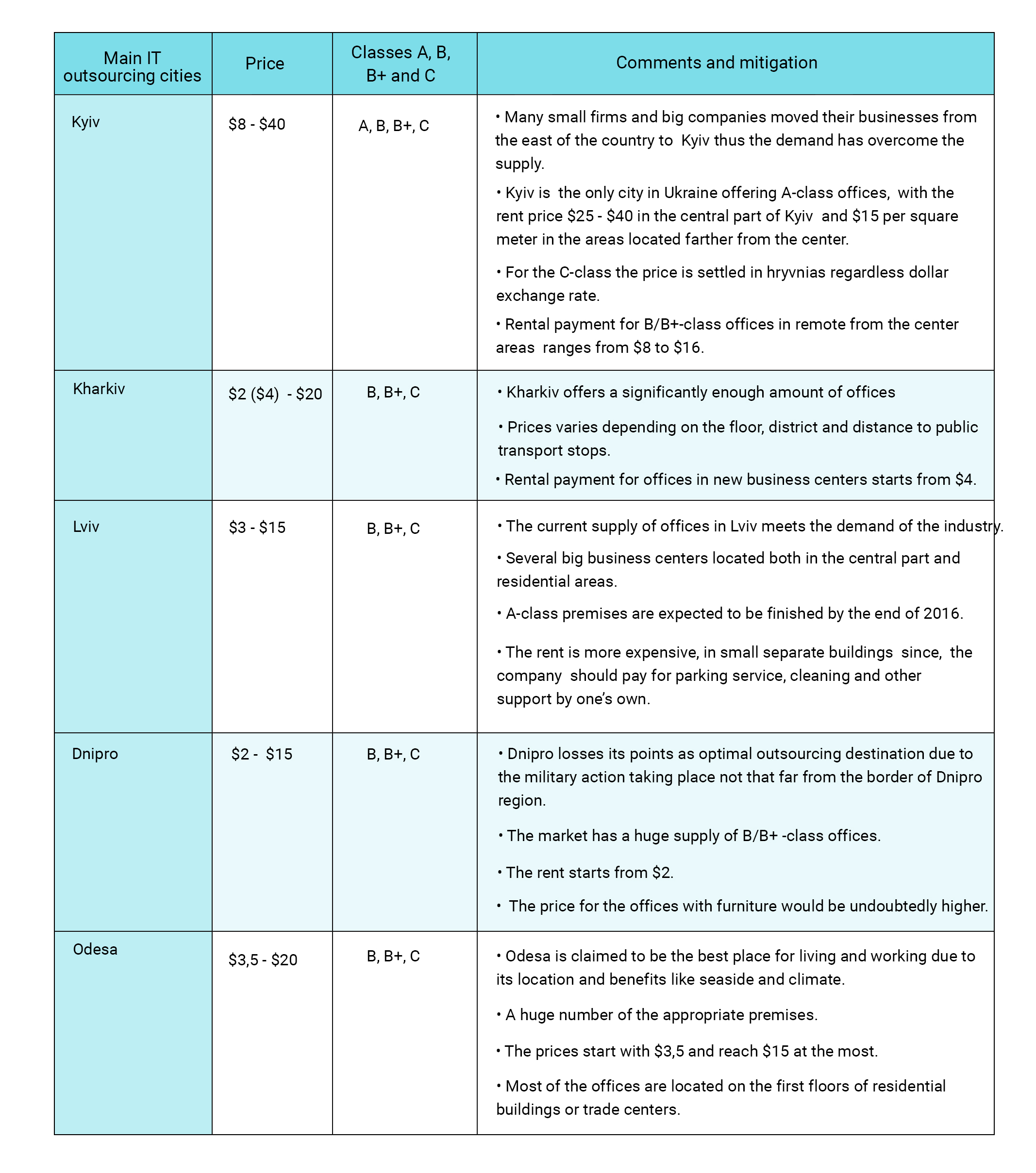