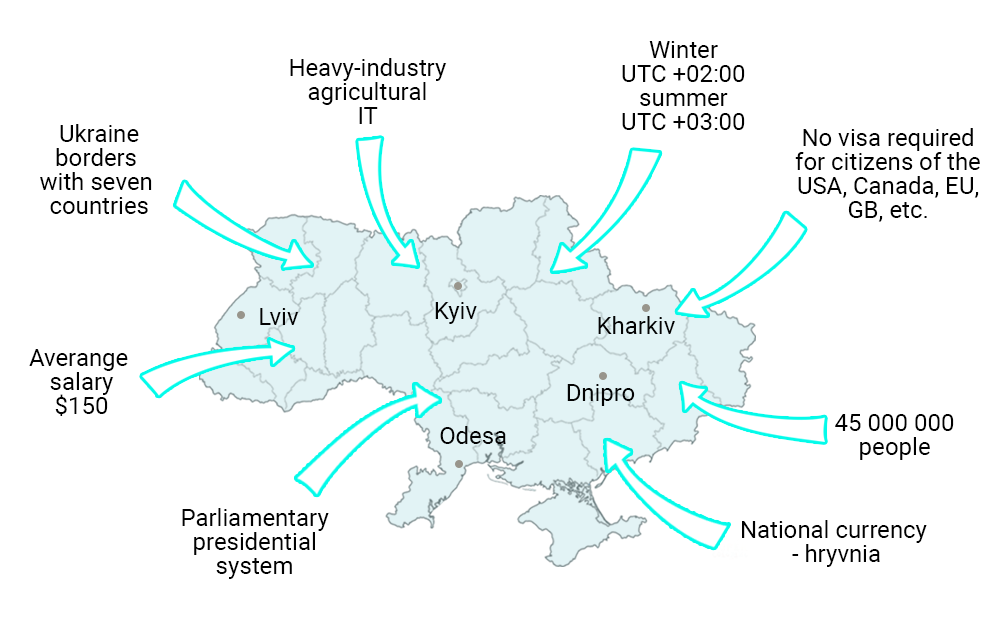 Ukraine is the second largest country in Europe with a long and very interesting history, filled with historical campaigns, unique characters and bloody events.

Ukraine got its independence in 1991, and since then it became a parliamentary-presidential governed state.

Population. According to the recent statistics, Ukraine’s population is 44 mln people. The bigger part resides in the capital city of Kyiv; the major well-known cities are Kharkiv, Dnipro, Lviv and Odessa.

Since spring 2014, the Crimea, part of Donetsk and Luhansk regions have been under Russian occupation.

Neighbors. The country borders with seven other countries: EU countries (Poland, Slovakia, Hungary, Romania) and Moldova in the west, Belarus in the north and Russia in the east. Because of the military conflict with the last, people from eastern Ukraine have been living in the so-called “frozen conflict” for more than two years.

Currency. The Ukrainian national currency is hryvnia, rated in relation to the dollar at about UAH 25 per $1 as of the beginning of 2016. The average salary amounts to 3661 UAH which, if exchanged into the US dollars, equals to $146. 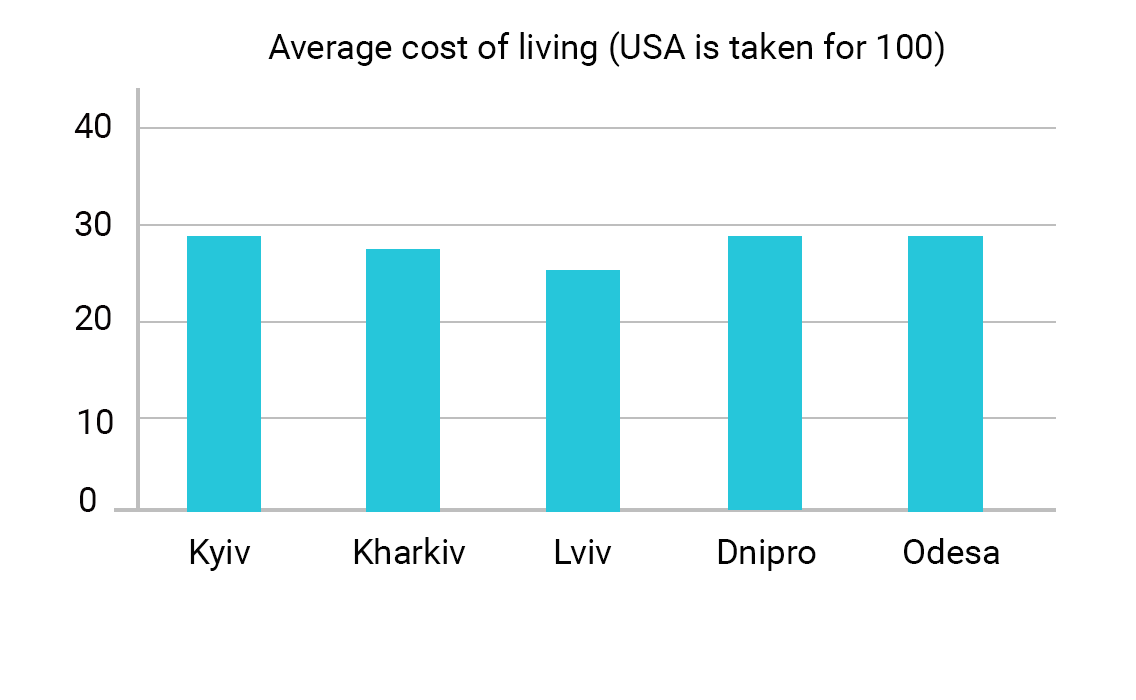 Industry. Some 20 years ago the heavy-metal industry was a leading industry in Ukraine, however, the situation has changed in favor of agricultural and IT sectors, the growth of which has been caused by the shift in the world economy preferences.

Political views. Ukrainian’s political views differ in its western and eastern parts – west of Ukraine is more pro-EU oriented: it is the top tourist destination in the country with lots of exciting natural wonders, light industry and agricultural companies, including the major and the fastest growing area, the IT industry; whilst the eastern part is living with pro-Russian (communistic) moods, with prevailing areas of heavy industry and mining.

International arena. If you consider visiting Ukraine, you can do it without a visa if you are the citizen of the US, Australia, EU countries. Anyway, it is advisable to check out the options for your passports. Though there is still no exact day when Ukraine will need no visa to enter EU, the conditions for obtaining visas have been facilitated and on 01.01.2016 Ukraine entered into Free Trade Agreement. In 2014-2015 the country made the considerable progress in becoming the EU member, including Association Agreement, law changes suitable for the EU, industry re-orientation to the western standards, etc. Today the association with EU is in progress, however, membership is yet a very long perspective.

Despite all the positive issues, there are lots of things left to be improved.