DOU editorial board published a fresh rating of the largest IT companies in Ukraine. A total number of employees in the rating participating companies has increased by 1,342 persons or 10% within the year.

EPAM has remained the largest IT-company in Ukraine, SoftServe is the runner-up with the total number of employees exceeding 4,000 people.

As the authors of the study reveal, the majority of IT-companies are planning a moderate increase of their staff this year,yet, only one reported to relocate its employees to overseas offices.

Complete rating is as follows, although some companies haven’t provided the authors of the survey with the current number of their employees. The TOP-5 companies' growth is has been as follows:

The number of employees in the TOP-5 largest IT companies since August 2011 has been changing in teh following ways:

A separate section is devoted to the study of the companies' plans for this year. About 64% of respondents are planning to grow moderately, the rapid growth is being planned by about 8% (this is less than last year). On the other hand, the number of those who are not planning to increase their staff has decreased - 4% this year.

At the same time, 64% of respondents do not plan to open new offices this year, 4% - do plan, 8% - have already opened, the rest 24% have not provided data. However, among the main negative influents on IT companies growths and their choice not to increase the number of staff, specialists outline the following ones: 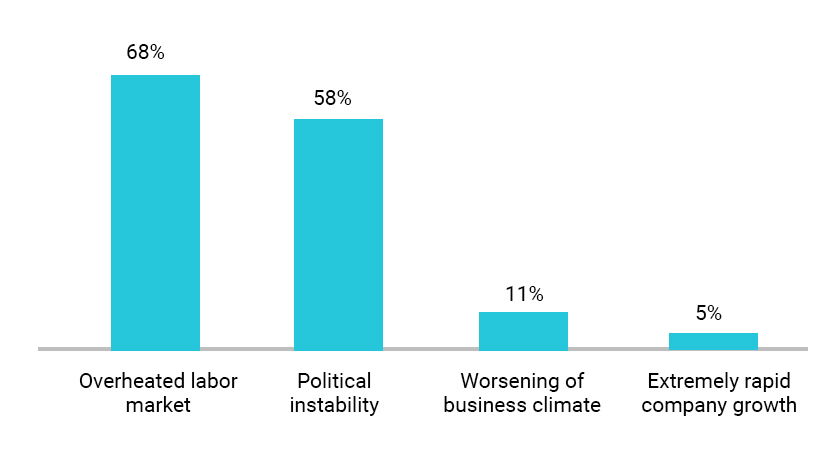 One Response to “TOP-25 of Ukraine’s largest IT-companies”