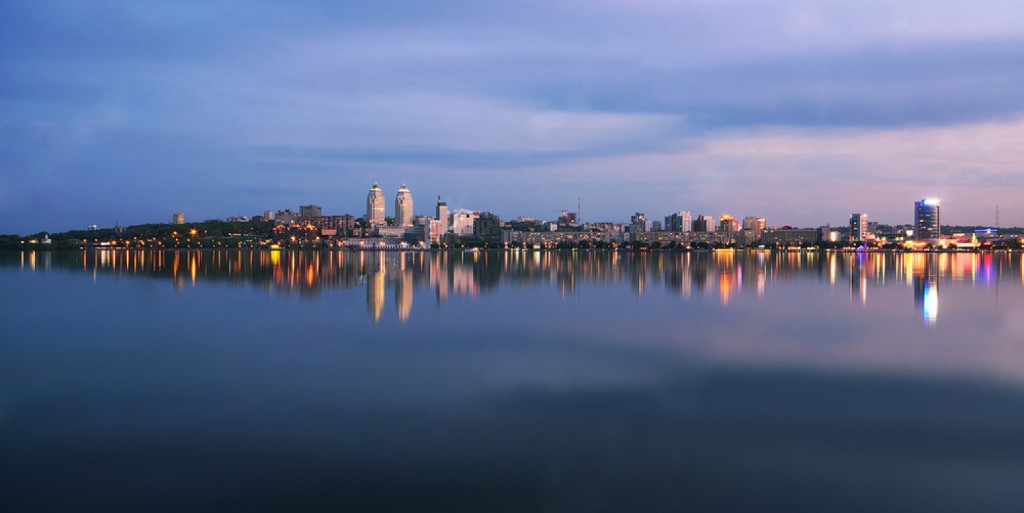 This is the fourth publication from the series about TOP outsourcing destinations in Ukraine. Current writing covers Dnipro’s IT arena, main advantages, and disadvantages; includes information about the largest companies, salary overviews, the number of specialists and main trends.

Today, Dnipro region is going through rather tough times since it neighbors Donbass which has been subject to the military conflict since spring of 2014; hence, many companies decided to quit their business and move away. However, current situation shows that region starts recovering from all the negative issues and tries to return the leading positions within the industry. According to general indices, it is ranked 4th in the list of TOP destinations of Ukraine. Different sources claim up to 140 offices of IT companies registered in Dnipro. Among the most famous ones are SoftServe, Ciklum, EPAM Sytems, Daxx, and many others. The division of powers is the following: nearly half of all IT specialists is employed by 20 the biggest companies, another half works in smaller ones.

Dnipro has over 8000 IT specialists and the market is annually fueled with up to 2000 graduates from local schools and universities. The biggest and, hence, the most popular educational institutions providing good IT-directed education are Oles Honchar Dnipro National University, V. Lazaryan Dnipro National University of Railway Transport, National Mining University of Ukraine, National Metallurgical Academy of Ukraine, Customs Service Academy of Ukraine. Computer academy “Shag” is also very popular in terms of knowledge it gives during the studying for those who wants to improve the existing knowledge or change your qualification, this the right place for you. The Academy also has courses available for school students interested in programming and software development, design and system administration. SkillsUp and Level Up arrange courses and training for those striving for studying management, testing, business analytics, etc.

Concerning the salaries, the average one is the following: juniors get $650-750, mids – $1500-1700, and seniors -$2200 and higher. Support staff’s salary starts from $175 and grows depending on the duties performed. Additional information on the salary can be found in our Playbook. In terms of living costs, Dnipro’s index equals to 28 out of 100 which is the same as of Kyiv’s.

To attract the clients, the city conducts very proactive policy in promoting the city and its cluster: various companies arrange different meetings, round tables, discussions, etc. Regularly, there are held at least four conferences aiming at discovering the existing trends. Among these is IT Weekend and Pitch Picnic. The events are devoted to all possible updates happening in the industry and its branches (they usually cover design, marketing, outsourcing and software development, and others). However, participation in these events is not free, yet it is worth visiting. The advantages of participating in such events are obvious. First of all, it’s providing ideas concerning the overall state of the industry and its promotions. Secondly, meeting a lot of specialists and experts eagerly speaking on IT and sharing their experience. And, finally, getting acquainted with lots of people involved in the same sphere of occupation.

It is also significant to outline the way Dnipro’s IT companies attract young specialists: a lot of them arrange courses after which the most successful students can get a chance to join a company’s team. Like elsewhere in Ukraine and abroad, one should realize how competitive current software development market is and fully comprehend that there is a lot of the same young people that would like to be involved in the industry. Today, it is not enough to have knowledge. A person also needs to be flexible in task completion; to be a team player and give consent and reliability.

Should a client opt for Dnipro as its outsourcing destination and software developer, bear in mind that the war in the east of Ukraine does not influence the level of tasks completion, a performance of the specialists and productivity? Considering Dnipro as a partner is a good investment into your business, since, companies there do their best not to lose positions in the market and chase the other three leaders.