When I set and look back on another year that went in the IT world. I can’t say it has been a WOW year. Unless you are looking in the gaming world. I remember back in the days when something new came out it was just WOW, Like when the first smartphone came out.

We expect to see a lot more of that kind of break from customary interactions in 2018, particularly as IoT devices become more integrated into smart homes that are controlled by devices like Amazon Echo, Google Home, or just a smartphone. It’s rather similar to what we saw happen with the sudden surge of Pokemon Go! in 2016 but what happen to Pokemon Go this year? While the game certainly benefited from having an audience that was eager to see something new from Pokemon in 2018. Will next year bring a new AR-game with the same kind of allure? Or will virtual reality finally make its anticipated impact? Perhaps we’ll see that AR and VR start to move beyond the gaming world and have more of an impact on businesses, manufacturers, and organizations like museums.

Virtual Reality (VR) Technology has taken some significant strides in recent years and cemented itself as a necessary technology across industries.

As a result, the global VR market which was valued at about $2.02 billion just last year is expected to reach approximately $26.89 billion by 2022, at a compound annual growth rate (CAGR) of about 54.01% between 2017 and 2022. You can say that we’re on the cusp of witnessing wide-scale adoption across industrial and consumer markets. This is evidenced by VR headsets appearing in offices, classrooms, medical units, and supermarkets last year, and will grow much more in 2018 also in the market in Ukraine

Whenever mention that Java is in decline, someone throws job trends in my face. Well, try the other button and look at the jobs. Yes, there are more of them doing maintenance.

Now look at the Node.js, Spark or MongoDB job postings. Those are about doing new development. Which pays better? Which doesn’t put you in a cube farm of low-cost labor?

Also, asking for “Java experience” doesn’t necessarily mean you’ll be coding in Java. The Java decline has been slow, but new stuff isn’t being written in Java, even if it runs on the JVM. Also, Oracle is divesting. Learn something new or be the old mainframe Cobol developer of the future and hope to ride it out until retirement. What could be the new trend in 2018?

Developer trend “Real-time”: everything will grow in 2018. Not only real-time analytics but real-time everything. This start in early 2017, but the trend will take years to play out. It involves changing not only your business, but your relationship with your suppliers, your customers, and everyone else. This will be one of the first truly meaningful productivity gains in the world economy in more than a decade. It will change all sectors from finance to retail and manufacturing. It's a change driven by technology but it will cause a fundamental shift in the way business works.

The number of tech-intensive companies in the country has exceeded 3000 in 2017, with at least 1000 of them specializing in software development.

Even though the prices have risen significantly since that time, the country can still offer a lot in the way of cost-savings. In 2017, Ukrainian developers charge 40/60% less as compared to their colleagues in the EU and the US, while demonstrating comparable technical skills. I think in 2018 It will be around the same.

Ukraine cyber-attack was a wakeup call for the IT security in many companies. Still, many companies need a stronger IT policy and security. When using the internet for business, you need a clearly written set of IT policies and procedures. This is important from both business and legal perspectives.

For example, you need to let website visitors know how your site operates and how you might use their personal data. You also need to make clear the copyright of site content.

At the same time, you need clear guidelines on how your staff should use the internet, email and social media, both for personal and business use.

With all the talent IT People in Ukraine. Let’s make 2018 a WOW year in the IT world.

Wish you all a merry christmas and a happy new year. 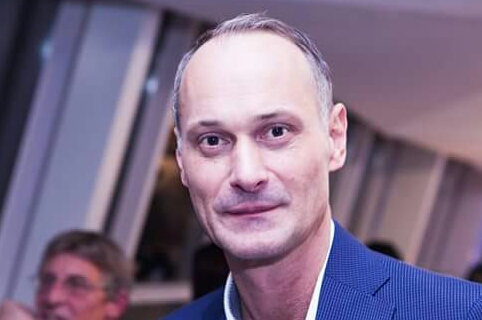 Henrik Pedersen is co-founder/chairman of Du-Consult. Besides that Mr. Pedersen is a member of Danish Business Association in Ukraine (DBA) and Committee chairman of Lviv International Rotary Club. Rotary is an international charity organization with over 1.2 million members worldwide.

One Response to “Ukrainian IT industry overview: the results of 2017 & trends for 2018”