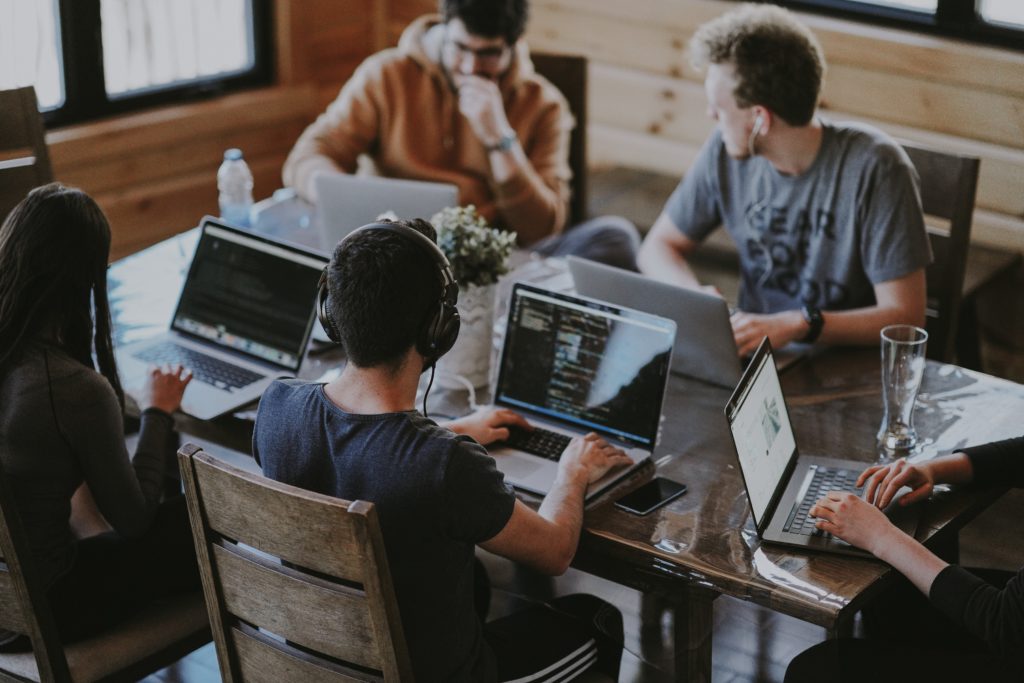 Ukraine has a vast IT talent pool mainly focused in 5 cities: Kyiv, Kharkiv, Lviv, Dnipro and Odesa. However, these are not the only cities in the market. In the series of articles, we’d like to talk about some smaller Ukrainian hubs. Today, we are starting with Ivano-Frankivsk, Vinnytsia, Chernivtsi.

Vinnytsia is the largest city of Podillya area and is located on the banks of Pivdennyi Buh with great historical and cultural value. It is also considered an important industrial center of Ukraine. Numerous large corporations like Roshen, Crystal diamond polishing corporation, Mayak, Budmash, and many other comprise most of the region’s economy. However, for the past few years, Vinnytsia has added one more sector that is developing so far – the IT. Today, the city is placed the 6th largest IT hub in Ukraine with 1700+ engineers and over 70 companies.

For a long time, everyone spoke of Vinnytsia in terms of obtaining a medical education. Well, today the city provides a variety of educational institutions as well. These include universities, institutes, and schools for different ages: from school kids to grownups who want to change their occupation. The most known local institutions are

IT Association Vinnytsia was created to ensure the interests of the participants are preserved and met. The key points the Association sticks to and preserve is, firstly, focusing on the development of the industry in the region by promoting the city in order to attract specialists rather than letting them go. For this purpose, local companies have established various benefits that may help keep engineers from leaving. Secondly, establishing a close relationship with schools, hence, providing schools kids with a proper IT education from early years as well as the involvement of university students by providing them with internships, mentor. Statistics has it that almost 95% of the graduates stay in these companies. Thirdly, close cooperation with local authorities helps to implement a vast number of initiatives aiming at bringing more awareness of the industry potential among young people.

Among the key players, Ciklum, EPAM, Infopulse have their offices in Vinnytsia. Besides that, the city hosts different events, tech, in particular, like VinnytsiaJS.

Ivano-Frankivsk has been known for its historical sites and beneficial location that makes the city amidst the most visited in the country; however, for the past years it has grown into an IT hub with over 1000 specialists and around 30 companies. The majority of companies work based on an outsourcing business model. The city attracts specialists for its environment, calmness and friendly atmosphere. Besides, there are numerous places to visit: the nearby mountain resorts allow spending time in the mountains with a short time on the road. One of the benefits of Ivano-Frankivsk is the transportation as one can easily commute by train, bus or plane, thus, despite the city being comparatively small, it has a lot to offer.

As to the institutions, these are of various accreditation level and include:

IT Cluster and major players

Ivano-Frankivsk IT Cluster was established by “a group of enterprising people who joined on a voluntary basis, for the development of IT industry in Ivano-Frankivsk”. The organization’s mission is claimed to develop local IT sector by bringing together cooperation, education, science, and business. IT is significant to create the most favourable conditions for the IT sector through providing high-quality education, implement project that will provide more opportunities for IT business as well as involve young specialists by means of educational activities and communication with the industry experts, etc. Today Cluster unites 20 companies and studios. Amidst the major players there are SoftServe, Eleks, CoreValue, Perfectial.

Chernivtsi is located in the heart of Bukovyna region and is called a jewel of Ukraine owing to its rich natural resources which comprise a powerful industrial complex that includes food industry, machine-building and metal-working, timber and woodworking, chemical and petrochemical, light industry and power engineering. In the past years, however, the region gained another business niche – the IT. The city is popular among specialists for its life pace, especially for those who dislike the hustle of the large city. Today, the industry employs over 1500 developers in more than 40 companies that mainly work under outsourcing business model.

Chernivtsi Cluster bit is a local IT association the purpose of which is to foster the development of IT sector as a key sphere as well a s representation of the region’s interests on the national level. The Cluster’s mission lies in implementation of information technologies and software into all the spheres of everyday life.

We see that the industry is constantly developing all over Ukraine with smaller hubs on the market becoming competitive to the top 5 ones. Obviously, the tech sector is expanding all over the country annually attracting more and more young people. In our next publications we will analyze the market capacity of other small tech hubs and compare their salary level.