Ukrainian startups have occupied the leading positions amidst the global IT companies by getting seed investment from the world’s largest venture funds specializing in investing into the best startup companies. 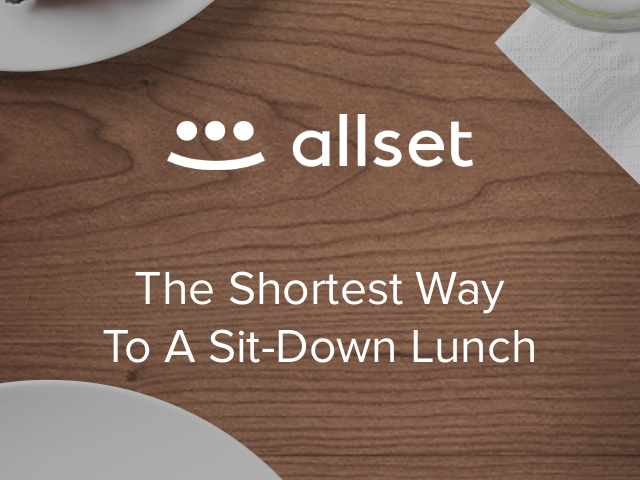 Allset is the Ukrainian tech startup that developed an app allowing to book a table in the café or restaurant and make a pre-order while you are still at work. This is extremely useful for those busy bees having no desire to eat in the office but lack enough to time to go and wait while your meal is being cooked. Allset successfully functions in San-Francisco, Palo-Alto and on Manhattan. The app is free for the users, but the restaurants pay 10% from each pre-order check. According to The Wall Street Journal, Metamorphic Ventures and Andreessen Horowitz Funds have already invested $2,35 mln. Moreover, during the preseed-round under the participation of other investors, SMRK, FJ Labs and some more “angels”, the startup won $1 mln.

Well-known opensource-startup GitLab, the co-founder of which is Dmytro Zaporozhets, has raised $20 mln of investments in the Series B from August Capital, Khosla Ventures, and Y Combinator. The company made an official announcement. GitLab is focused on the business opensource solution for hosting git-repositories, partially similar to GitHub. Today, the company offers three products: Community Edition (core-Platform opensource-license), GitLab.com (free of SaaS version with unlimited private repositories) and Enterprise Edition (the premium version of the platform, available by subscription). GitLab clients are over 100 000 companies, including such giants as NASA, CERN, Alibaba, SpaceX, O'Reilly, IBM, Expedia. The company has participated in more than 1 million projects since 2014. Within the past year the company has received millions of funding: in July GitLab raised $1.5 mln from Ashton Kutcher, 500 Startups and several venture capital funds, and in September, right a year ago - $4 mln in the Series A investment from the Khosla Ventures Fund.

The Ukrainian IT startup, Mobalytics won the Startup Battlefield at TechCrunch Disrupt. For the first time in the history of the project, the Ukrainian based project won the legendary Battle of startups at TechCrunch Disrupt, which is held annually in San Francisco. Mobalytics Platform received the sacred Disrupt cup and a check for $ 50,000. Mobalytics is the trainer for gamers, with which they can discover their weaknesses and lay the foundation for future success. The beta version of the application was submitted right away at the startups battle, where it won the hearts of the jury consisting of the leading venture capital and technology companies like Founders Fund, Sequoia Capital, NextEv, YouTube and, of course, TechCrunch. The startup is positioning itself as the Ukrainian-Lebanese as the third founder is Amin Issa of Lebanese origin. Mobalytics has started with servicing the League of Legends players. When the players decide to move to a new level of professionalism, they tend to hire a coach, but not everyone can afford this option. Thus, the gamers have a chance to learn more and reveal things being out of their comprehension.

Ukrainian tech startups are gaining world popularity and recognition from IT investors and users. Defining the best startup company is a troublesome issue since innovations today vary. Seed investments from IT and venture market giants provide huge support to the companies and help establish more and more startup ideas.